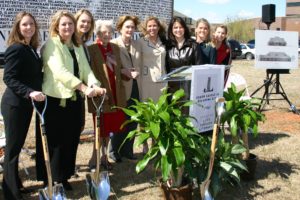 Impact
The Junior League of Oklahoma City enjoys a proud and rich history. The League has started or worked with a majority of community projects that continue to serve Oklahoma City. We have trained women who serve on community boards and in local and national leadership. These women credit their leadership abilities to the training they received in the League. The result of almost 100 years of local women in League service is countless lives touched, enriched and empowered.